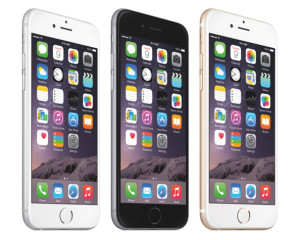 Beijing police have shut down a large iPhone counterfeiting ring within the city that had managed to produce more than 41,000 fake versions of the flagship smartphone, some of which even managed to reach the United States (via Reuters). All told, the ring’s counterfeit production had grown to be worth as much as 120 million yuan (about $19 million).

The police have arrested a total of nine suspects thought to be involved directly in the counterfeiting operation, all due to a combined effort to enforce stricter counterfeit and intellectual property laws in China. Of the nine arrested were a 43-year-old man and his 40-year-old wife, whom police believe ran the counterfeit scam under a gadget maintenance shop front before the operation was raided in May.

The counterfeit iPhone — and now Apple Watch — market has grown in China since the device’s debut, and only became more prevalent a few years back when entire counterfeit Apple Stores were discovered by a blogger who posted photos of the false retail stores online. China remains a big target for Apple, with the company stating during last week’s earning call that the country is positioned to be its “largest market in the future.” It’s already begun to affect changes in the design of its products, with Tim Cook confirmingthat Chinese consumer tastes are the main reason behind the new gold color options of the iPhone, MacBook, and Apple Watch lines.