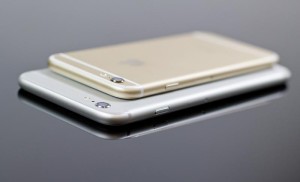 The iPhone camera has, in terms of megapixels, stayed the same since the announcement of the iPhone 4S back in 2011. Where Apple’s rivals have decided to cram as many megapixels into their cameras as possible, Apple decided to concentrate on the internals of the camera to improve quality – as any photographer will tell you, more megapixels doesn’t always equate to better quality.

With this being said, rumours suggest that Apple is set to offer a 12Mp camera with the iPhone 6S. The rumours also suggest that the next-gen iPhone will offer “DSLR-quality imagery” with a two-lens system capable of 3D images, however this may not be the case as leaked CAD designs suggest that the next iPhone will have only a single lens. There’s also a rumour suggesting that the 6S won’t feature a camera upgrade, but we’re choosing to ignore that one!

A9 processor and will feature 2GB of RAM, compared to the A8 chip and 1GB of RAM available in the iPhone 6/6 Plus.

Also being released is IOS 9 which concentrates heavily on performance and battery enhancement, which should translate to a speedier iPhone with a better battery life – and that’s without buying an upgrade.